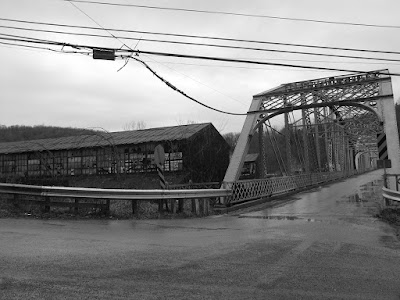 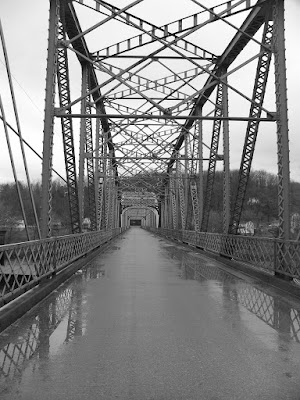 The nearly 700 foot long Parker through truss bridge saw a major rehabilitation in 1978.  However, continued deterioration has led to a 10 ton weight limit and the state is currently debating on whether to repair or replace the bridge. 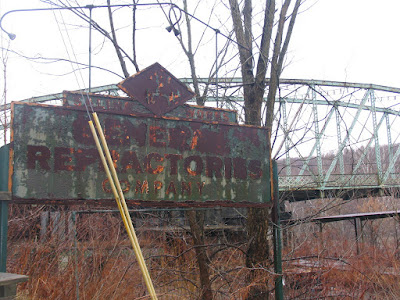 Salina was a company town of the Kier Firebrick Company.  Most of the homes were built at the start of the 20th century.  The Kier Firebrick company would eventually become the General Refractories Company.  The former plant sat on the Salina side of the bridge.  The plant was eventually demolished and all that remains is a concrete pad. 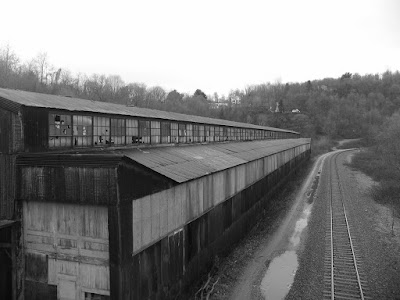 How To Get There:
abandoned Armstrong County Historic Bridges industry S Westmoreland County 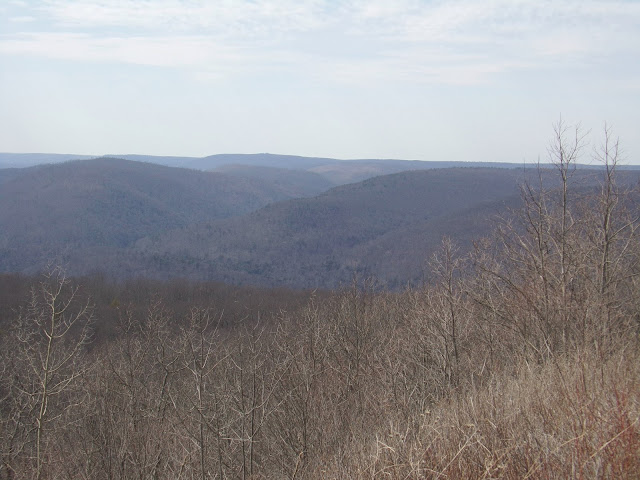 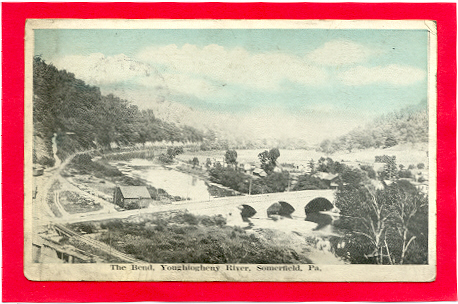 West of Addison, US 40 crosses the Youghiogheny River at what once was the town of Somerfield.  When crossing the current modern two lane bridge, you many not realize that it is actually the third to cross the Yough at this site.  The first - a stone arch bridge - was known as the Great Crossings Bridge.  Built in 1818, this three arch bridge was part of the original National Road.  The name Great Crossings comes from the men who forded the Youghiogheny here - George Washington and George Braddock. (1)  If you cross the bridge at the right time, this historic bridge and what was once the town of Somerfield will appear out from underneath this massive man-made lake.

The Great Crossings Bridge was located in the town of Somerfield.  Somerfield, originally named Smythfield until 1827, would develop as a result of the National Road. (1)  Somerfield would go through various stages of growth and decline throughout the 19th century.  In the early 20th century, Somerfield would d…
Read more