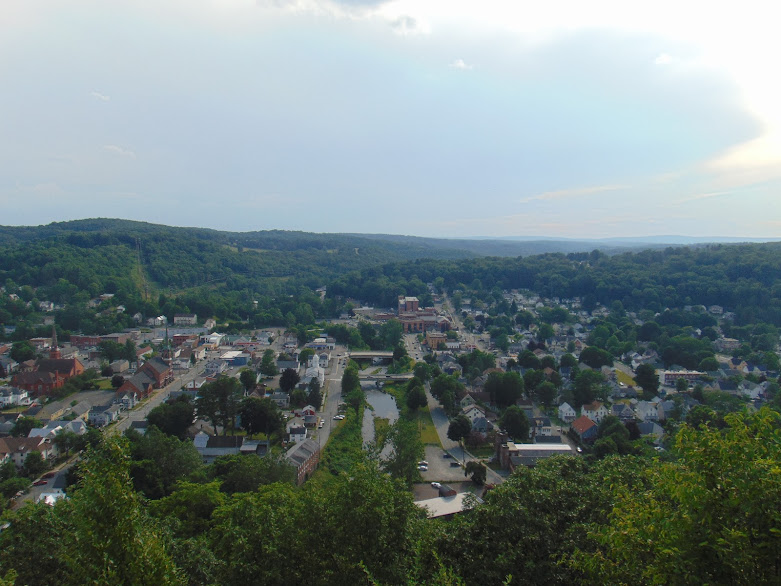 Rising some 300 feet above historic downtown Honesdale, Pennsylvania, Irving Cliff at Gibbons Memorial Park in Honesdale, Pennsylvania. A view of the Lackawaxen River as it meets Dyberry Creek, historic buildings and even the Moosic Mountains in the far distance can be seen from the perch upon this ledge. A recent trip brought me through Honesdale, and upon looking for any points of interest that were worth exploring and being a sucker for scenic vistas and local history, a visit to see the view from Irving Cliff was a must-do.
Irving Cliff was named after Washington Irving, author of "Rip Van Winkle" and "The Legend of Sleepy Hollow." Irving visited Honesdale in 1841 at the invitation of his friend Philip Hone (the first president of the Delaware and Hudson Canal, a former mayor of New York City, and the namesake of Honesdale Borough) on a trip the Delaware and Hudson Canal from Kingston, New York to Honesdale. This beautiful blending of rock, lake and stream elicited many expressions of delight from Irving, and he insisted on scaling the rocky height in order to study the surrounding scenery. The entire group of Irving, Hone and a number of prominent businessmen climbed to the summit. The delight of Irving was so great when he reached the summit that Philip Hone insisted that the ledge be known as Irving Cliff.
In 1883, on the summit of Irving Cliff, construction began on a grand hotel by John Alden Wood. There were 125 spacious bedrooms, each having its individual bathroom. It had broad verandas overlooking the scene that had so entranced Washington Irving. The hotel even had an elevator! The formal opening of the Irving Cliff Hotel was not scheduled until June 22, 1889 and was getting ready for the grand opening when disaster struck. The hotel was completely destroyed by fire on May 28, 1889, with the cause of the fire never having been determined. The hotel was not rebuilt after the devastating fire, but the foundation of the hotel still exists atop the cliff.
After the hotel was destroyed by fire, the land atop Irving Cliff remained unused for a number of years. For a time during World War II, the local Pennsylvania Reserve Defense Corps Auxiliary used Irving Cliff for one of its training sites. But in 1955, Irving Cliff became park of the Gibbons Memorial Park. Frances Haag Gibbons gave the property to the people of Honesdale in memory of her husband Austin Flint Gibbons and his parents Dr. and Mrs. Peter S. Gibbons, and now Irving Cliff can easily be enjoyed by all. The Christmas and Easter holidays are commemorated each year with the illumination of a star or cross on the pinnacle of Irving Cliff. One can leisurely relax while watching a sparkling sunset over Honesdale. There is also a hiking trail about a mile long back and forth that goes up to Irving Cliff from Watts Hill Road, or you could drive up Gibbons Park Road and then park close to the scenic overlook. Irving Cliff also inspired the name of a local brewery in downtown Honesdale, the Irving Cliff Brewery. Here are some photos from my own visit to Irving Cliff. 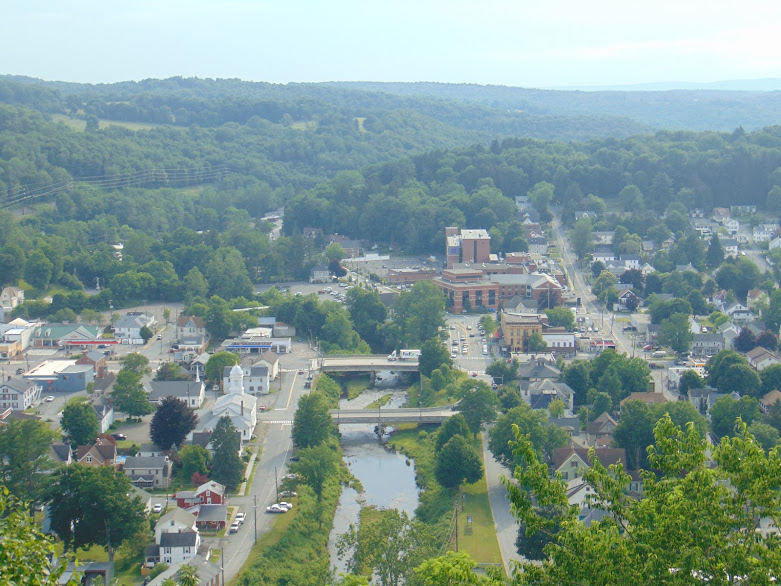 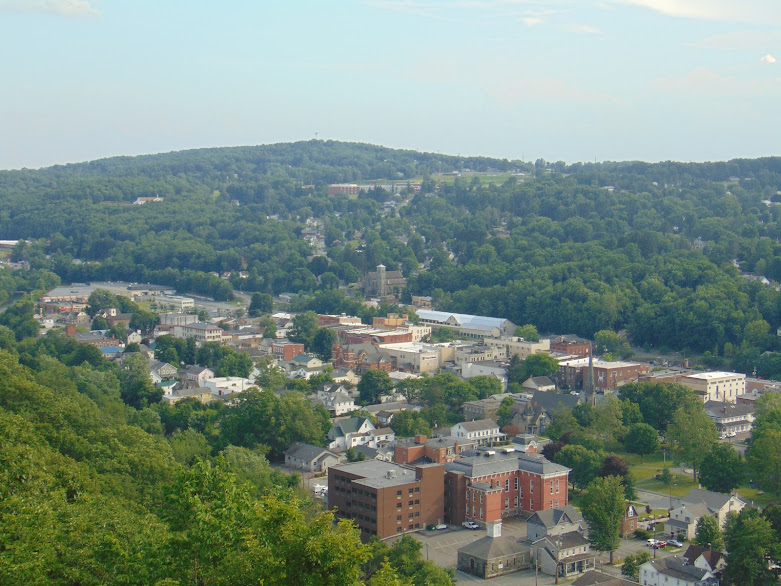 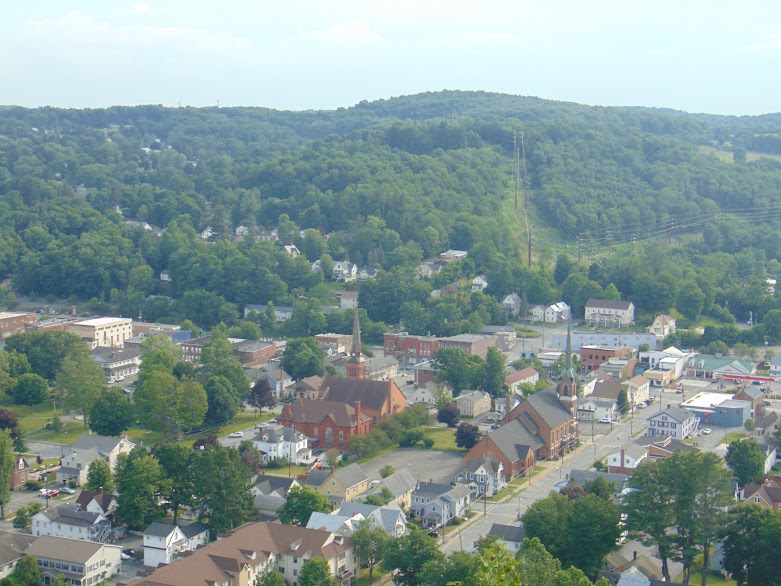 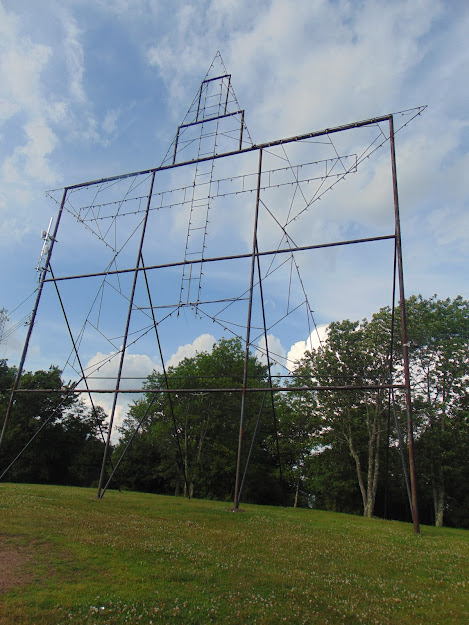 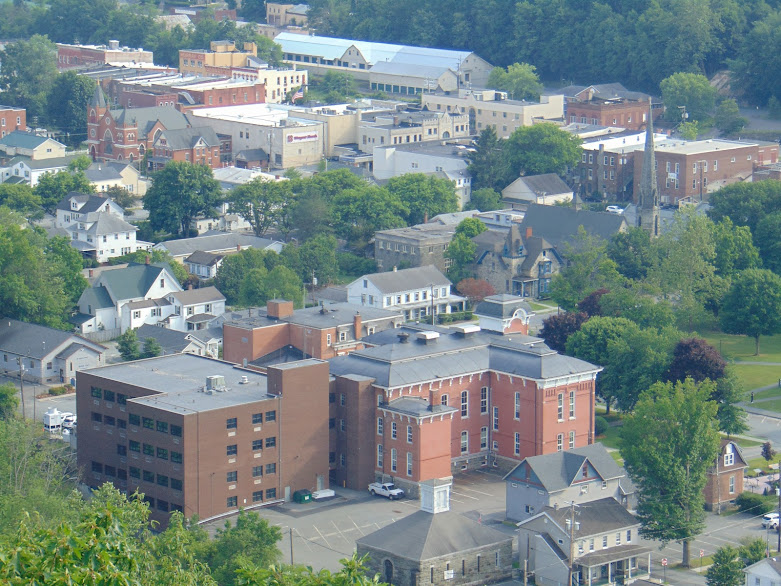 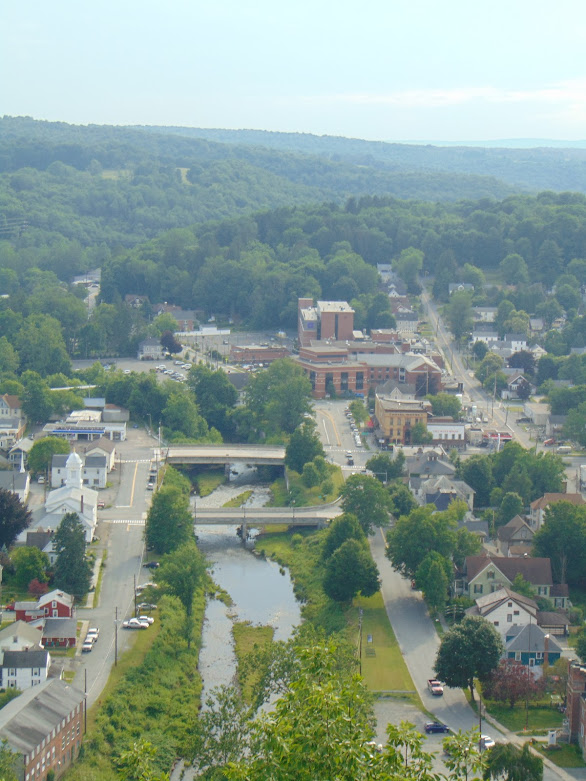 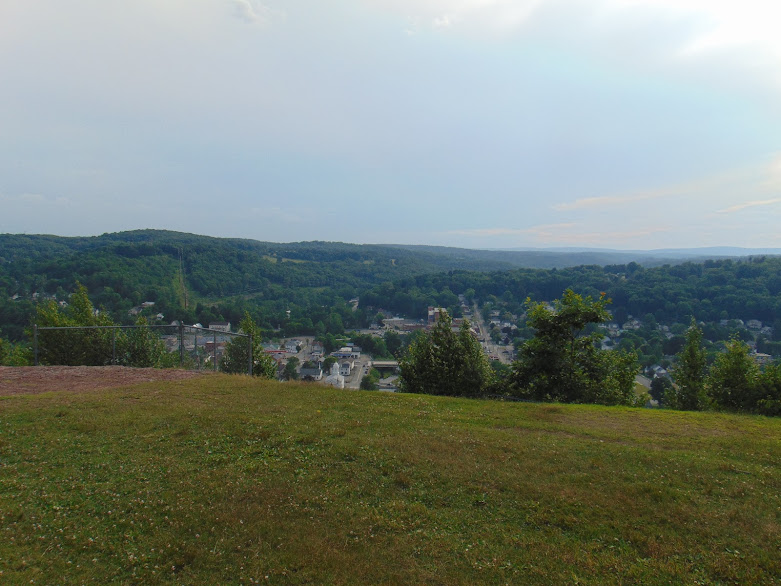 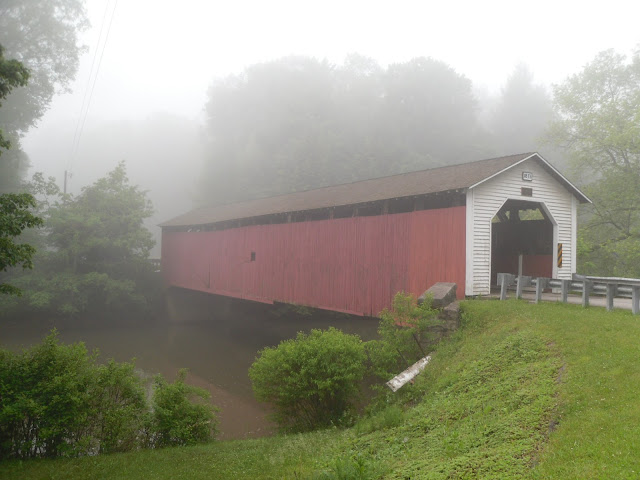 Built in 1873 in Mahaffey, Pennsylvania, the McGees Mills Covered Bridge is the last remaining covered bridge that crosses the West Branch of the Susquehanna River. It is also the only remaining covered bridge in Clearfield County and one of a handful along the US 219 corridor in any state the highway goes through. The McGees Mills Covered Bridge was built by Thomas A. McGee, who received an appropriation of $1,500 from the Clearfield County Commissioners to construct a replacement for a bridge spanning the West Branch of the Susquehanna River that was destroyed by a flood during the winter of 1872-1873. The 116 foot long single span Burr arch truss bridge has been protected for generations by its gabled roof, with $175 worth in local hand hewed white pine timbers having been used in its construction. Under the bridge, thousands of river rafts loaded with timber floated the West Branch of the Susquehanna River, with the last load passing under the bridge in 1938. These rafts of timbe
Read more