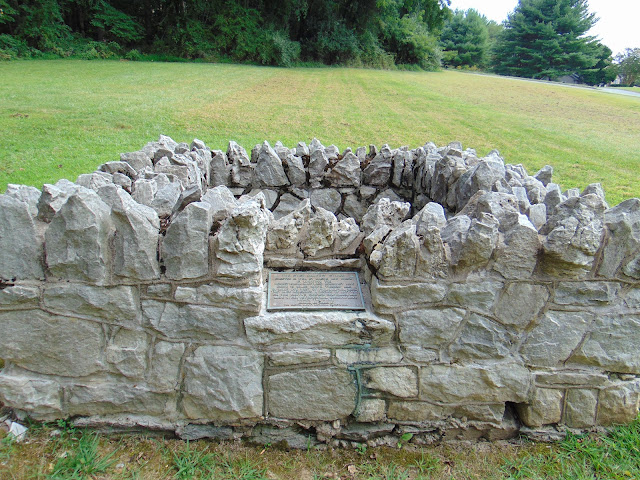 One of the most important surveying markers in the United States, and perhaps, the world, is located in an otherwise unassuming field at Embreeville in Newlin Township in Chester County, Pennsylvania. That marker is the Star Gazers' Stone, which is the land marker that was used in 1764 by 18th century astronomers Charles Mason and Jeremiah Dixon to determine the true boundary between Pennsylvania and Maryland.

At the time, the colonies of Maryland and Pennsylvania had a disputed border thanks to competing royal charters of the time. Maryland and Pennsylvania both claimed the land between the 39th and 40th parallels according to the charters granted to each colony, and this would have included the City of Philadelphia. The issue was unresolved until the British Crown intervened in 1760, ordering Frederick Calvert, 6th Baron Baltimore to accept a border agreement signed in 1732. As part of the settlement, the Penns and Calverts commissioned the team of English astronomers Charles Mason and Jeremiah Dixon to survey the proper boundaries between Pennsylvania, Maryland, Delaware and parts of Virginia.

The Mason-Dixon Line (the northern boundary of Maryland) was to be 15 miles south of the southernmost house in Philadelphia. On January 7, 1764, after finding the latitude of the house, they picked out a location 31 miles west of Philadelphia at John Harlan's farm in modern day Embreeville, Pennsylvania at the same latitude of the forks of the Brandywine Creek. Moving their delicate but heavy equipment took two days. They moved westward because surveying 15 miles directly south from Philadelphia would have involved a difficult crossing of the Delaware and would have landed them in New Jersey from which they would have to cross the Delaware again on the way west. It made more sense for Mason and Dixon to set up their base of operations for astronomical observations to the west of Philadelphia. A reference point in the garden of the Harlan property, now known as Star Gazers' Stone, was placed to mark the astronomical meridian line north of their observatory.
Using a device with a 6 foot long brass telescope that allowed them to establish their position relative to the stars, Mason and Dixon spent the winter nights charting the sky from the Star Gazers' Stone. In spring 1764, they ventured due south from the farm with a team that cleared a wide swath through the dense forests. Using chains and levels, they surveyed in straight, 12 mile segments, then made detailed astronomical calculations to adjust to the exact latitude. As miles were measured differently in the 18th century, the majority of the original stones were not actually placed a mile apart by today's standards. While many of the 230 original crown stones have been lost over time, the Stargazers’ Stone, the starting point of the boundary survey, is located in exactly the right place.

Today, you can visit the Star Gazers' Stone by taking a short hike in the ChesLen Preserve off of PA 162 in Embreeville, near the intersection with the aptly named Stargazers Road. There is a parking lot and a trail that leads to the Star Gazers' Stone, along an easement surrounded by a privately owned property. I enjoyed this short journey to this widely overlooked, but very important piece of our history. 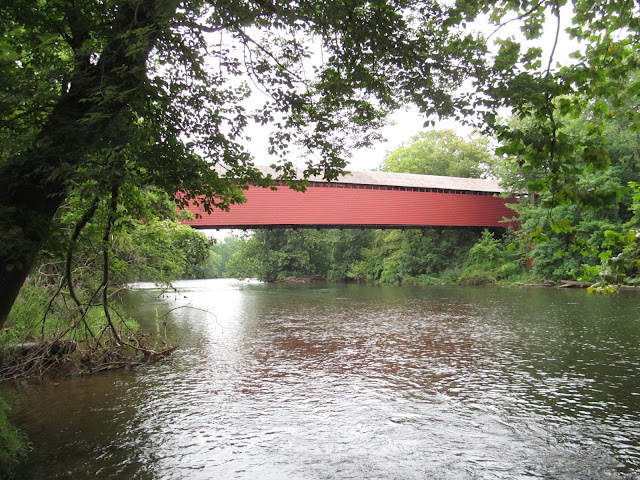